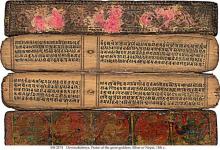 Text study is an important component of spiritual inquiry. This list, which is by no means complete, was compiled in answer to the question of “What can I read to help me to understand Hinduism?” Starred books offer an introduction. Others delve into the philosophy on a deeper level either in theory or in practice.